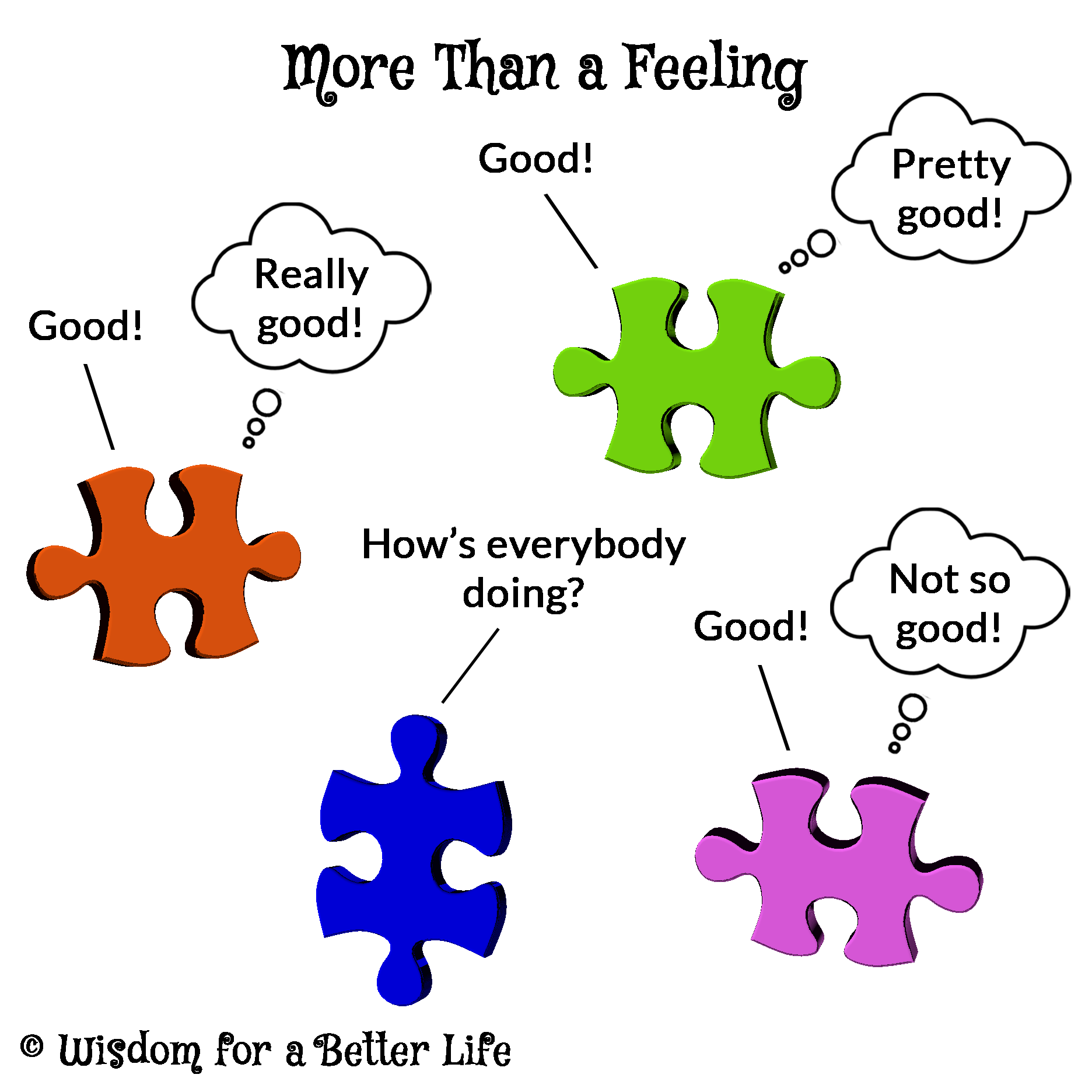 It can be hard to understand why others feel the way they do. Unfortunately, this can sometimes lead us to respond in a counterproductive manner. If they are angry or sad, we may react defensively or negatively. We may assume, incorrectly, that we are to blame or they are wrong. We may try to make them see things differently, without fully understanding what is actually going on.

But if we stand back and look at things with an open-minded perspective, it is not hard to see that such responses likely won’t get us anywhere. In fact, they may leave everyone worse off.

Let’s say you’re upset because a friend hasn’t been in touch for a while. Are you right in thinking that he (or she) is at fault? Or does the blame – if we can call it that – lie elsewhere? In other words, is it a reflection of him – or you?

Perhaps you feel this way because you like being the center of attention or prefer relationships that work a certain way. Maybe it stems from a bad experience you once had, even though this person might be much different than the other one was. Perhaps it relates to your childhood, when a key figure let you down, laying down an emotional tripwire that you might not even be aware of.

Maybe there is another explanation. Perhaps this individual had to deal with some unexpected complications in his life. Maybe one of his family members has been in difficult straits, or he got lumbered with lots of extra duties at work. Perhaps he has been injured or under the weather.

Or maybe he was simply waiting for you to reach out to him, like you said you would the last time you were together.

Then again, perhaps he is somehow at fault (or so you think). Maybe he is avoiding you or allowing the relationship to cool. Perhaps you said something last time – knowingly or otherwise – that made him upset. Alternatively, maybe he is annoyed about what you didn’t say – such as “congratulations” or “great” – when he mentioned something that meant a lot to him (which you might not have realized at the time)?

Hard to see, hard to understand

Finally, maybe it is not what you think at all. Have you ever been in a relatively comfortable setting and suddenly felt uneasy, without knowing why? Have you ever found yourself sitting around watching TV and been swallowed by sadness, for seemingly no reason? Have you ever woken up anxious, even though things seemed fine when you went to sleep?

At first glance, it might appear that there is nothing in particular that accounts for what you are feeling. In some cases, you might choose to ignore it. You might try to turn your attentions elsewhere, in the hopes of dampening its effects. Or, you might decide to investigate matters further, engaging in a measure of introspection to figure out what is going on.

Sometimes that works, but not always. Perhaps it reflects a linkage buried deep in your mind – you see a stranger who bears a resemblance to someone who once treated you badly. Maybe the colors in the room remind you of a time when you got an award for doing something good. Perhaps a song playing in the background brings back memories of a difficult period, when you wallowed in the sadness of a relationship gone sour.

The point is that we are all prone to experiencing emotions – and the feelings that go with them – that can be difficult to identify, let alone understand or eliminate. Even when we are aware of how we feel, that doesn’t mean we know why. It could stem from something that took place before, is going on now, or might occur in future. It could be something real or a figment of our imagination.

The same holds true when it comes to others, though there are distinctions worth keeping in mind. For instance, they might not feel moved at all when it comes to something that strikes us in a particularly strong manner. Their recollections and responses regarding things that occurred when we were together might be different than ours. When we walk into a noisy and jam-packed room, we might feel unsettled and insecure. They, in contrast, might feel energized.

The real issue, though, may not necessarily be what is going on inside of us, but how we react. Whether or not we understand our feelings or where they come from, they can serve as the catalysts for difficult or unhelpful behavior. We might become moody or upset, which can make others feel the same, especially if they don’t know why. We may lash out, even though the targets of our ire might not have done anything wrong.

When we are caught up in a feeling, others can misinterpret what they see. They might label it as an element of our character, even though it might only reflect a fleeting moment of weakness. They might succumb to the recency effect, allowing the positives of the past to be overshadowed by a negative of the present. They might end up judging us for something we don’t quite understand ourselves.

In the end, how we deal with our feelings and those of others can lead to conclusions and actions that don’t necessarily make sense, and that can cause a lot of angst and unnecessary harm.

The pathway to happiness

There is an alternative, however. For one thing, we can strive to be more attuned to what is going on inside, assessing why we might be feeling or responding a certain way. We can cultivate self-awareness in an effort to better understand the emotional triggers and responses that influence our interactions with the world. We can take more responsibility for the complex and contradictory individuals that we are.

Equally important, we can do unto others as we would have them do unto us. We can strive to become more empathetic, and avoid stereotyping and making snap judgements. We shouldn’t assume we know why someone is feeling or acting a certain way, because we – most of us, anyway – can’t read minds. We shouldn’t blame others for how they feel, but simply try to understand.

Once we do that, we can make a real difference to ourselves and others. At that point, what we experience inside will be more than a feeling – it will be the pathway to more happiness in our lives.