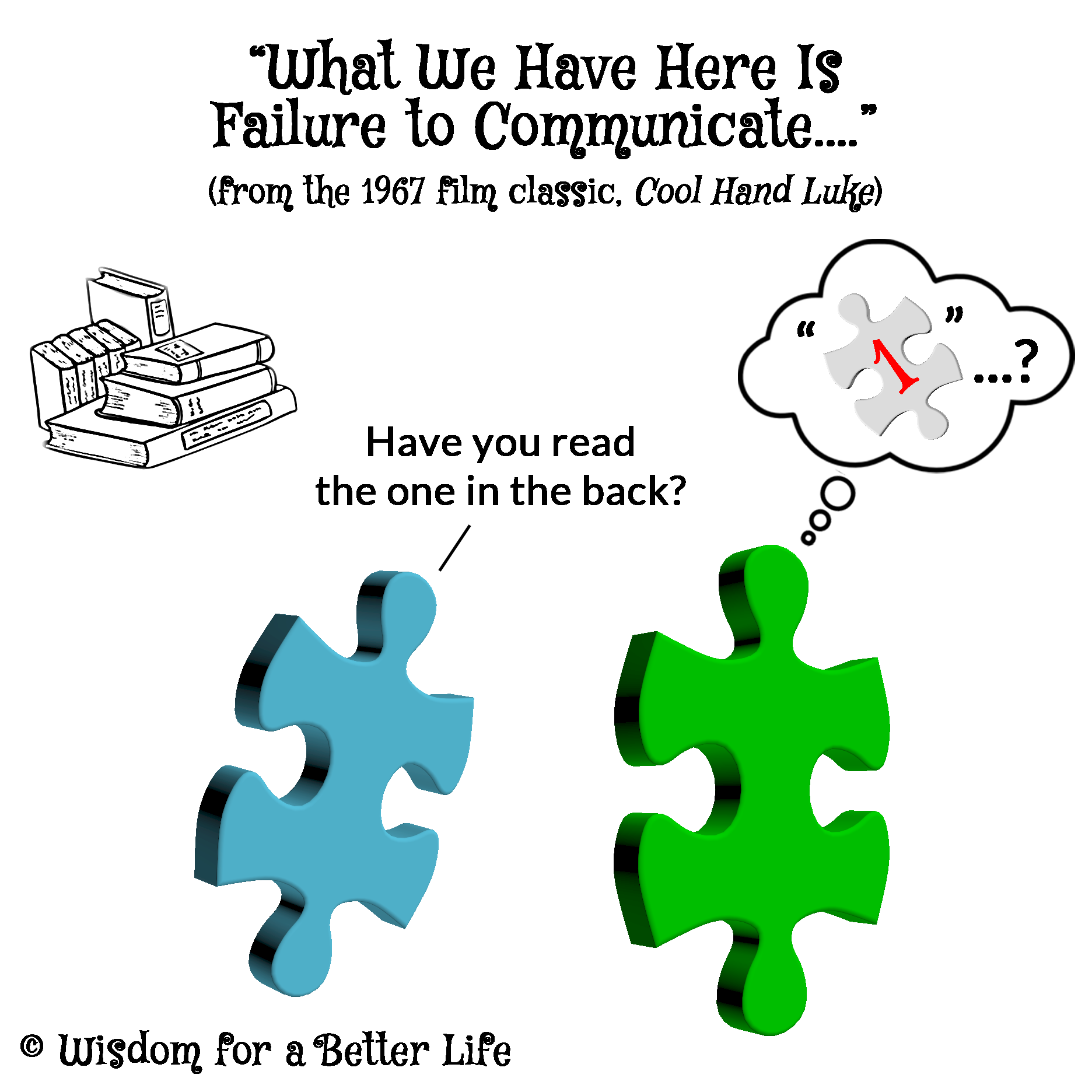 In theory, communicating with others using spoken words shouldn’t be all that hard, especially where a shared language and culture are involved. And yet, there is often a big disconnect between what we say and what others actually hear.

The “telephone game” serves as a good example of how even simple ideas can be lost in translation when passed from lips to ears. In this popular children’s activity, one individual secretly chooses a word or phrase and whispers it to somebody else. That person does the same, and so on until everyone has taken part. At that point, they compare what was said at the beginning to what was heard at the end. More often than not, there is a significant (and occasionally laughable) difference between the two.

Such discrepancies stem from the fact that communication is more than just words. When we open our mouths and start talking, those we are speaking to not only have to hear what we are saying, they have to translate those sounds into terms they can understand. Both phases can be disrupted in any number of ways.

Needless to say, if ambient noise levels or the distance between us and our audience is too great, at least some of what we say won’t get through, which can lead them to fill in the gaps themselves. That doesn’t necessarily mean our message will be mangled, of course. In fact, the ability to work with incomplete information is a skill that most of us are born with, probably as a matter of survival. However, because words can have many meanings, such interruptions increase the prospect of a miscommunication.

Another issue is whether would-be listeners are paying attention or are otherwise distracted. The distractions don’t have to be external: if people have a lot on their minds or are trying to juggle many things at once, they may have a hard time grasping at least some of what we are saying. Despite what the technology marketers say, humans don’t multi-task very well; the part of our brains that decides which sensory inputs get processed invariably downplays some at the expense of others, potentially allowing what we just said to fall through the cracks.

In addition, those we are trying to communicate with may be focused on what they are going to say next or are thinking about issues they consider more important (how many of us have done that?). The biases people have—maybe they think they know more about a subject than we do—the feelings they are experiencing—if they are angry, for example. they may zero in on the “wrong” words—and their underlying assumptions—perhaps they doubt about our motives—can transform our words into something else.

Differences in communication styles and perspectives can also make it difficult for those we are speaking with to accurately assess what we are saying. Whether they rely on feelings or logic, are more comfortable processing visual information or sounds, see things literally or figuratively, or find it easier to communicate with those who share similar conversational styles, they may not be able to get a real handle on information presented to them in another way.

How, when and where also matter

Equally important is how we express ourselves. Are you aware, for instance, how you come across to others? Whether we know it or not, our body language and the way we say things can have a significant impact on how well (or how poorly) our message is received. If it sounds like we are giving orders or initiating a hot-lights interrogation, or if we touch on certain sore points or hot button issues, we may find that our words are maligned to the point where they trigger an unwelcome response.

Expectations can influence how our words are received. In some settings, for instance, the person we’re speaking with might not be able to quickly process an abrupt and abbreviated recap of something known only to us. In fact, context plays an important role in the communication process. If we make incorrect assumptions about what listeners know or don’t provide enough details for them to understand where we’re coming from, they can miss the point entirely. As in other areas of life, shortcuts are handy, but they can also lead people astray.

It goes without saying, of course, that mumbling, speaking too fast or slow, having a pronounced accent that people are not familiar with, using words incorrectly, or infusing our language with emotions that can alter their meaning will boost the odds of our being misunderstood.

The fact is, while the listeners are often blamed for communications failures, the process is clearly a two-way street. Both sides need to to do their part to make sure a message gets through as intended.

Perhaps the process is not so easy after all?