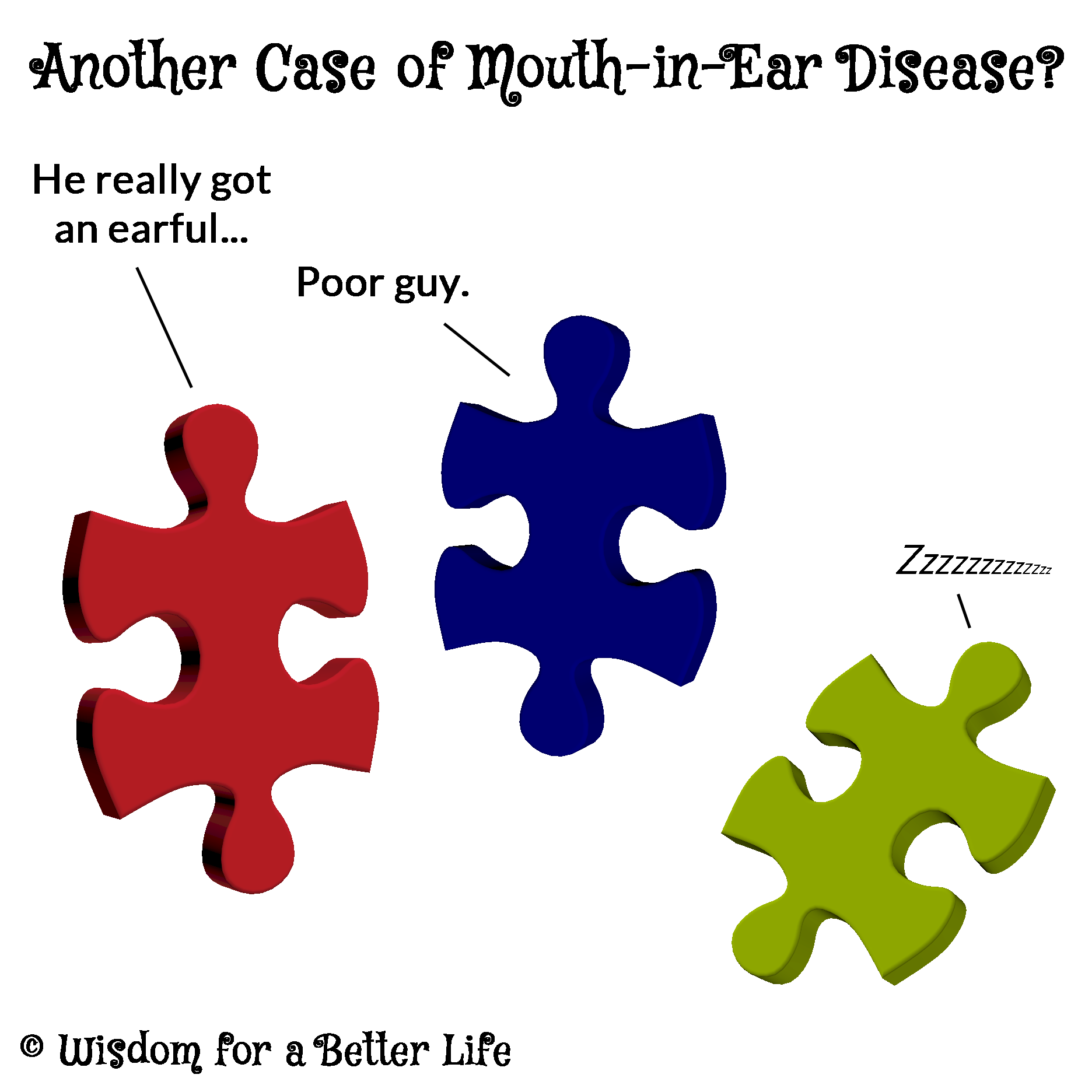 When it comes to communicating with others, the focus is usually on the person doing the talking. But it’s often the listeners who facilitate a common understanding and a meaningful exchange of ideas.

And yet, from the moment we are born, we soon learn that what comes out of our mouths makes us the center of attention. When we cry or coo, our parents and others respond in a positive way. As we grow up, this pattern is frequently reinforced in our quest for recognition and independence. But once we reach the age of maturity, some of us fail to realize that the world–and those around us–doesn’t exist solely for our benefit. The desire to be listened to is universal.

Having an audience doesn’t just satisfy our egos. When others are interested in what we have to say, it can soothe and reassure us in any number of ways. We may feel cared for, respected and even loved when others hang on our words, regardless of what they are. How many of us have felt a stronger bond with someone after an engaging discussion–especially one where we did most of the talking?

That is not the case if we feel shortchanged in that department. How many arguments have escalated or relationships have fallen apart amid shouts of “Why aren’t you listening to me?!” or “Why don’t you let me speak?!” If we are put on the spot, we speak out in our defense. If we are anxious or upset, we want to vent. If we aren’t allowed to say what’s on our minds, things can easily go from bad to worse.

But listening is about more than emotional satisfaction. In reality, it is one of the best ways to acquire knowledge–about others, the world at large, and even ourselves. Ernest Hemingway, the literary giant, once noted that he “learned a great deal from listening carefully.” He might not have been able to write with such a powerful voice if he not paid attention to so many other voices.

When we encourage people to share what’s on their minds, the results can be interesting, enlightening and even eye-opening. While we all have insights and experiences that are ours alone, they can inspire others and help them to learn and grow. Given a few moments of our time, that quiet, seemingly dull person over there may well end up sharing something that makes our next few minutes, or even the rest of our lives, that much better.

There  are plenty of people who will gladly speak if given half a chance, but that is not necessarily the case. Many of us are shy or introverted, or have learned through (bad) experience that it’s best not to say too much because others probably won’t (or don’t) care. We have to believe that those we are conversing with are genuinely interested in our thoughts. We want our words to not only be absorbed, but digested. If they go in one ear and out the other, that can be more frustrating than if we hadn’t been allowed to speak at all.

Communications experts maintain that the best way to convey the sense that we really care is through “active listening.”–in essence, being tuned in to what they are saying. That means asking them open-ended questions such as “what happened next?”; leaning forward, nodding reassuringly and making eye contact; repeating paraphrased words back to them, making it clear that we understand; and otherwise encouraging them to carry on talking through a mix of verbal and nonverbal cues.

The great paradox, of course, is that it is not really possible for everyone to be listened to. At any given point in a conversation, someone is speaking and others are not (unless, of course, they are talking or shouting over on another in a desperate bid to have the last word). As in other areas of life, the solution is pretty simple: compromise. That means paying attention to others’ words and body language and working with them to ensure everyone has their turn.

A difficult habit to break

Some people clearly don’t get it, of course, and they miss the usually ample signs that they have grabbed more than their fair share of the conversation. They think only in terms of themselves and what they need or want to say, oblivious to others’ discomfort or disinterest. When those they are speaking with–talking at?–are unresponsive, roll their eyes or fidget uncomfortably, they don’t pick up on the fact that it’s time for them to put their listening hats on. Unfortunately, because the pleasures of having an audience can be a difficult habit to break, the world is filled with over-sharers who just can’t stop.

Sadly, many of us find it hard to escape their presence. We stick around out of politeness or a misplaced sense of reasonableness or obligation. If that is where things stand, then it is time to head for the exits, to make excuses and leave, without feeling guilty about it. It’s one thing to give freely of something that can leave each of us with the sense that it is time well spent; it’s something altogether different when it’s an experience that leaves us feeling utterly spent.